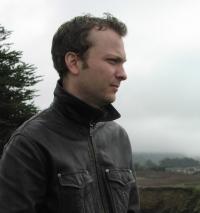 Rasmus Nielsen’s research focuses on statistical and computational aspects of evolutionary theory and genetics.  One of the central problems he has been interested in is the molecular basis of evolutionary adaptation.  What happens at the molecular levels as one species is transformed into another over evolutionary time? To address this question he has developed a number of computational methods and applied them to large scale genomic data, such as genomic comparisons of humans and chimpanzees.  Rasmus Nielsen has also worked on statistical methods in other aspects of population genetics, medical genetics, phylogenetics, molecular ecology, and molecular evolution.  He has been teaching courses in Population Genetics, Human Genetics, Statistical Genomics, Bioinformatics, and Evolution. His students work on both applied and theoretical problems in population genetics, statistical genetics and evolution.