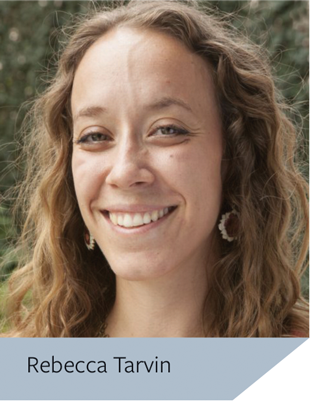 Rebecca Tarvin’s fascination with nature began when she spent many hours as a child playing with frogs in a backyard creek. This led her to study biology in college, and she began her research career by studying frogs in Ecuador and Panama. Tarvin, currently a Miller Postdoctoral Fellow in IB, will be joining the faculty this summer as an assistant professor and frogs are a major focus of her research program.

“Frogs are amazing in the diverse ways they’ve adapted to so many environments,” she says. One of these adaptations is the ability of poison frogs to accumulate toxins from their prey. “It's a really interesting system because chemical defense has evolved several times in the group, and it involves a whole suite of changes in the organism,” Tarvin says. 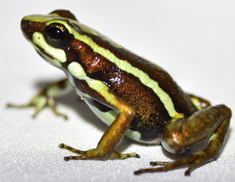 such as snakes that can eat toxin-filled prey — to study the evolution of novel traits, biodiversity, and ecological adaptations. “Toxins have huge effects on how animals interact,” she says. “It’s an interesting case to study how evolution works and how species interactions can be dynamic over time.” To further investigate how toxin-sequestering ability may have evolved, she is also trying to experimentally induce fruit flies to evolve toxin resistance.

Tarvin combines fieldwork, genomics, phylogenetics, experimental evolution, and bioinformatics in her research. “My conviction is that the best science approaches one question from many different perspectives. And I think IB at Berkeley really exemplifies that,” she says.

Christopher Martin has been interested in science since he was three years old, 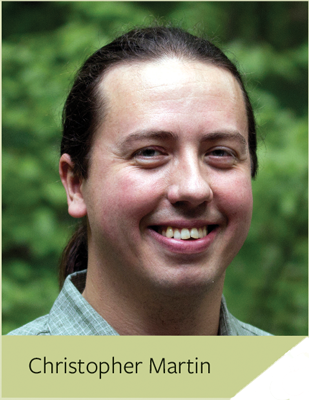 and he followed his childhood passion for aquarium fishes into research. “I got Siamese fighting fish when I was about eight and I started reading Aquarium Fish magazine,” he laughingly recalls. In college, Martin realized that fishes were a great system for studying adaptation and evolution and he has been studying them ever since. He is currently a faculty member at the University of North Carolina and will be bringing his research to IB when he joins the department as an assistant professor and curator of ichthyology in the Museum of Vertebrate Zoology this summer.

Martin is interested in the origins of biodiversity and his research focuses on what he calls “periodic explosions” of diversity, known as adaptive radiations. “There are extinct volcanoes in Cameroon which form isolated lakes. Cichlid fishes get into these lakes and then diversify, potentially in isolation for thousands and millions of years, and fill all the ecological niches in the lake. We try and understand that process,” Martin explains.

He also studies Caribbean pupfishes that live in salt lakes and only diversify in two places. “We try to understand these counterexamples to the general pattern,” he says. Martin focuses on the tropics “because that's where the biodiversity is, but it’s also the least studied part of our biodiversity.”

In his research, Martin combines modern methods like genomics and CRISPR with what he calls “old school” experiments such as tracking pupfish survival in the field, with the goal of connecting genes to evolutionary fitness and the environment.