Insight FA18 The Museums of IB 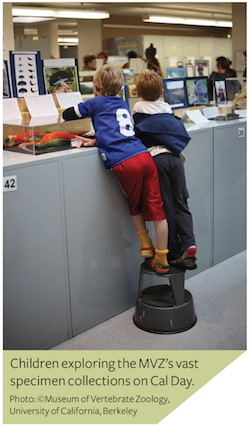 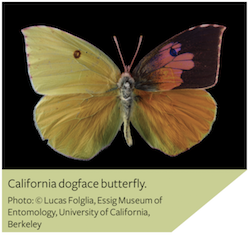 Because they are not normally open to the public, visitors to the Valley Life Sciences Building may not realize they are surrounded by some of the best natural history museums in the country. Collectively, the Museum of Vertebrate Zoology (MVZ), the UC Museum of Paleontology (UCMP), the Jepson and University Herbaria, and the Essig Museum of Entomology have millions of samples—from fossilized plants to specimens of rare mammals—and important documentation such as field notes and photographs. These research museums help scientists from UC Berkeley and around the world answer questions about topics such as evolution and the impact of climate change, and are a valuable teaching resource for hundreds of undergraduate and graduate students each year. 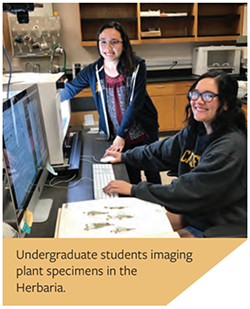 The MVZ and the UCMP were founded by naturalist and philanthropist Annie Alexander in 1908 and 1921, respectively. Alexander contributed the funding to found the museums, as well as thousands of plant, animal, and fossil specimens that she collected. The MVZ has one of the largest vertebrate research collections in the country and the largest of any university museum, with over 700,000 specimens including birds, reptiles, and mammals and over 100,000 tissue samples, as well as books 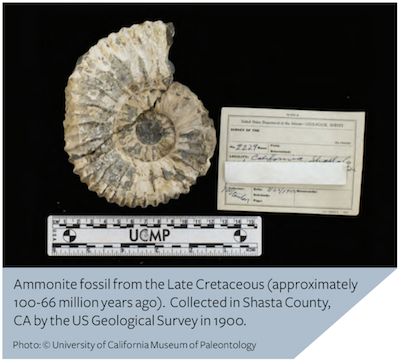 dating back to 1658, sound recordings, and other invaluable resources. The UCMP has one of the largest paleontological collections of any university museum, with fossil prokaryotes, plants, and animals collected from all continents.

The Essig was formalized as a museum in 1939, though its collections date back to the 1880s. With nearly 6 million specimens on pins, in alcohol, and on microscope slides, it specializes in the insects and spiders of western North America, particularly California, and the eastern and remote Pacific Basin. The gynandromorph— half male/half female—California dogface butterfly pictured (top left) is one of its unique specimens.

Collectively, these museums provide detailed documentation of life on Earth from prehistoric to modern times. The general public can get a rare peek at these fantastic collections once a year on Cal Day, so come visit on April 13, 2019!