Peter Sudmant hadn’t planned on becoming a biologist. In college, he was initially 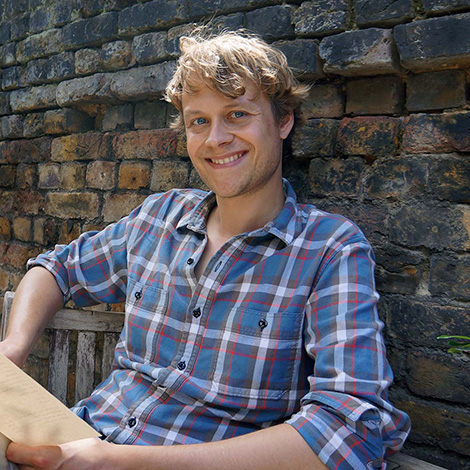 studying computer engineering, but found it uninspiring. Then a brief stint as a pre-med sparked his fascination with biology, especially when he realized he could use his love of math to contribute to the field. Sudmant says, “The research experiences I had were absolutely life-changing. I thought—I can sit all day and think and explore and learn things . . . and get paid!”

Now an assistant professor of integrative biology at UC Berkeley, Sudmant uses his computational skills to study diversity and its evolution on the genetic, cellular, and organismal scales. Throughout his career, Sudmant has worked on a wide range of topics related to biological diversity—from human and great ape diversity and evolution as a PhD student at the University of Washington, to post-transcriptional gene regulation in different cell types as a postdoctoral fellow at MIT.

Sudmant is now focusing on the stresses associated with aging, and how aging affects genetic variation and post-transcriptional regulation in individual cells. He’s particularly interested in humans, as well as organisms where the lifespans of different species vary tremendously—such as killifish that live only 6 months compared to rockfish that can live up to 200 years.

“I’m excited to be able to study very different things and to find links between diverse fields,” Sudmant says. He notes that his broad interests make the integrative biology department a great fit for him. “I love the diversity of science that’s going on in the department. It’s an awesome springboard to think about biology as a whole.”