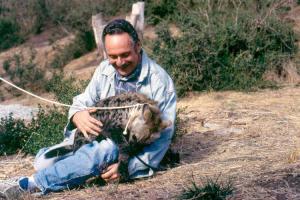 Stephen Glickman, a pioneer in behavioral endocrinology and founder of the world’s first colony of captive spotted hyenas — he raised generations of them in a UC Berkeley research facility — died at his home in Berkeley on May 22 from pancreatic cancer. He was 87.

A professor emeritus of psychology and of integrative biology, whose lifelong bond with animals began during his boyhood near the Bronx Zoo in New York, Glickman joined the UC Berkeley faculty in 1968.